The politics of bank failures in Russia 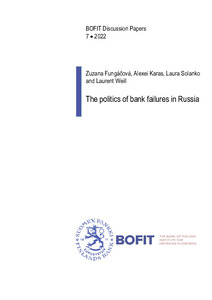 CONTRIBUTION
Unlike previous studies relying on yearly data, we use monthly data on individual banks for the period 2002–2020. This enables us to identify the interplay between bank failures and elections over four presidential elections in Russia. Monthly data helps us precisely track the evolution of bank failures around the dates of these elections. Moreover, we extend the literature on bank failures in Russia by asking whether, in addition to economic determinants of failures, political factors might also play a role in this process.